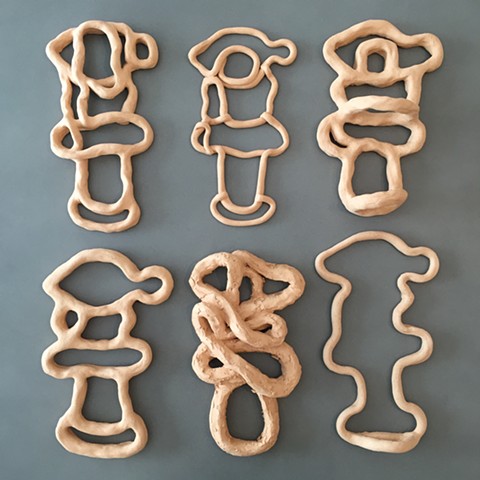 TRACING THE LINES OF THE PHOTOGRAPH WITH CLAY