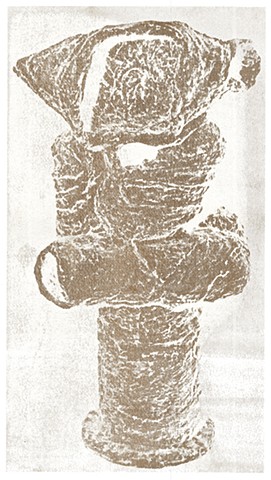 SILKSCREEN OF THE REMAINING EVIDENCE USING CLAY FROM MILLS COLLEGE