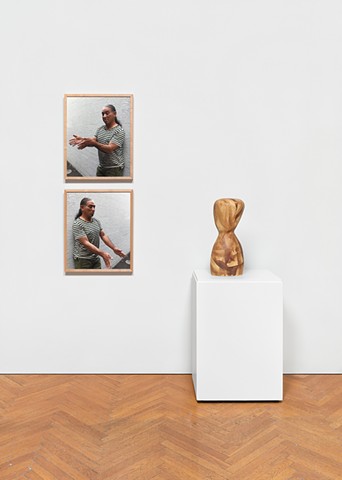 Notes from Kari: Arthur Gonzalez, figurative sculptor and Professor at California College of the Arts, shows me what a Daniel Rhodes sculpture looks like. I make a duplicate. Accuracy is at an all time high.

Looked at subjectively, pottery-making can be thought of not so much as an activity resulting in so many bowls, cups, or jars of some assumed function, value or aesthetic merit but rather as the outcome of our urge to form and, in forming the clay, to find our own form. -Daniel Rhodes: Pottery and the Person, Excerpt from Pottery Form by Daniel Rhodes, Ceramics Monthly, January 1977