A Note from Erin Johnson and Kari Marboe, Founders of The Graphology Institute

The Elsewhere Museum of Greensboro, NC holds such a diverse and rich collection that as artists-in-residence visiting from the Bay Area, it was easy to become lost in the array of possibilities on our first day here. Yet, there is a saying in this place that anything asked for aloud will be delivered to you by Sylvia Gray, the original proprietor of Elsewhere. As a collaborative team, we spoke aloud about every idea in our first twenty-four hours, searching through boxes, and requesting a document we could sink our teeth into. We were quickly rewarded with what we view as an absolute collection gem: a paper with Sylvia’s graphological analysis from 1939.

We found that graphology, or the study of handwriting, has and continues to have a variety of definitions, approaches, and applications. From rating prospective employee personalities for businesses to gaining special insight into celebrities’ lives, the underlying motivation seems to be the same: how can we know more about ourselves?

The Graphology Institute The Graphology Institute, located within the Elsewhere museum, contains a book with graphological analyses of Sylvia’s handwriting from 1939 and 2012. Additionally, it includes a reflection on these analyses from George Scheer, Executive Director and grandson of Sylvia, as well as two ways for visitors to examine their own handwriting. The project is meant to be the beginning of a conversation, one that examines one’s desire to communicate, to be close through the use of systems that break down and classify the unknowable. Or perhaps not unknowable, but information difficult to grasp from exterior traits such as the stroke of a pen. By playing with the results of this search into graphology, the artists hope that people will not consider the book’s answers to who they are, but who they want to be.

Handwriting Analysis, Community Conversation on Handwriting, and Institute Inauguration On July 21st, 2012, the Institute offered free handwriting analysis toolkits to pedestrians from the sidewalk stage at Elsewhere. The artists helped participants investigate their handwriting and shared their research. Graphology has often been deemed a pseudoscience, yet the 1939 letter found by the artists was able to pinpoint some of Sylvia’s traits that were decidedly accurate: “You have a personality which is properly developed…make the most of it by dealing with people in the selling field or similar work.” Questions, motivations behind, and possibilities around graphology were discussed. 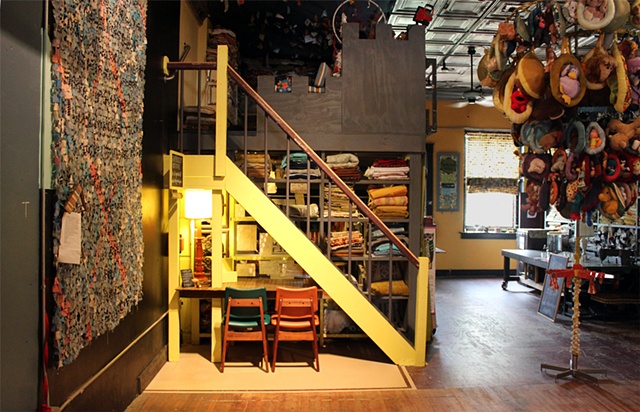