Dr. Lawrence Jenkens joined the Art Department in 2010 as Head, coming to UNCG from the University of New Orleans where he was a professor and chair of the Department of Fine Arts. His research has focused on the art and architecture of fifteenth-century Italy and particularly in Siena and Naples. He has taught all aspects of Italian art from the late medieval period through the Baroque. More recently, Professor Jenkens has become interested in the role of the visual arts in the redevelopment and renewal of depressed urban neighborhoods. As such, he was the founding director of the UNO-St. Claude Gallery, the only off-campus university gallery in New Orleans and located in the recovering St. Claude-St. Roch neighborhood. He holds a MA from Harvard College and a Ph.D from the Institute of Fine Arts, NYU.

Veronica Grossi is an associate professor of Latin American literature in the Department of Languages, Literatures and Cultures Department at UNCG. She has written a book on the allegorical and political dimension of Sor Juana´s poetry and have published articles and poetry in various journals. Her area of creative and research interest is the interrelation of the arts, in particular, among poetry, the visual and the performing arts (music, film and theater). She is also a painter.

Graham Holt is an emerging lawyer here in Greensboro, NC. He is also a poet.

Carol Ghiorsi Hart has an M.A., A.B.D. in Anthropology from Indiana University and B. A. in Anthropology from Adephi University. She comes to the job of Director of the Greensboro Historical Museum with more than 10 years of executive leadership experience. Ms. Hart most recently served as Executive Director of the Suffolk County Vanderbilt Museum on Long Island, New York. Listed on the National register of Historic Places, the 43-acre estate includes a natural history museum, historic mansion and modern planetarium. The Vanderbilt is an AAM-accredited museum with a budget that is now just under $2 million and a staff of 11 full-time employees and 65 to 85 part-time employees. In her career Carol has been a curator, museum educator, cultural anthropologist and adjunct professor. 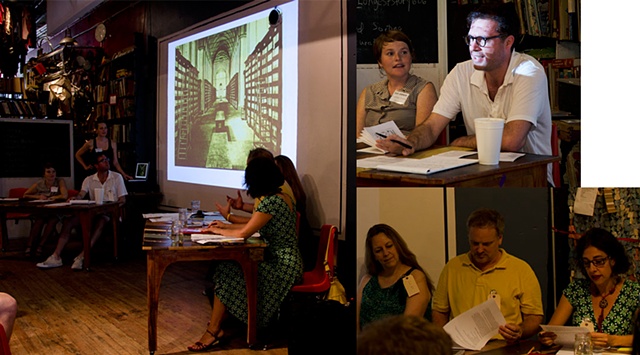