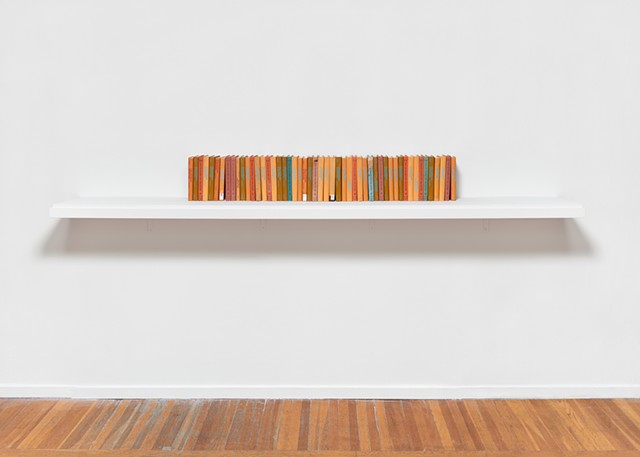 This exhibition contains the largest, and only, collection of Clay and Glazes for the Potter by Daniel Rhodes. The book, first published by the Chilton Book Company in 1957, is a widely used textbook on ceramics to this day. In the 1957 First Edition there is a description of the fiberglass technique being invented and perfected by Rhodes. The 1973 Second Edition description was updated and focused on the dangers of fiberglass use. Other additives such as burlap and nylon fiber remain safe.

My career in Ceramics has had two distinct aspects. One has been teaching and writing, and the other making pottery and sculpture . . . My enthusiasm for clay led me to dig deeply into its history, its relationship to the other arts, its technology, its beauty as a craft. Without much conscious effort, I became something of an encyclopedia on the subject. As a teacher, I learned to organize the material, to put it into digestible form. My writing was an extension of my teaching . . . Writing also clarified my mind as well as that of the reader. -Daniel Rhodes, Ceramics Monthly, September 1987