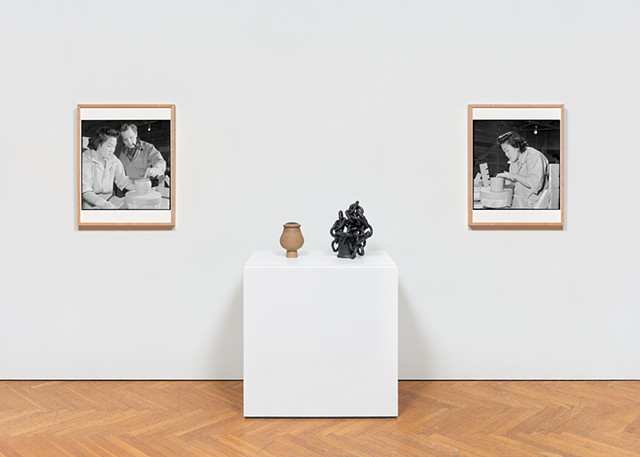 Notes from Minnie Negoro: My professional career began in 1942 at Heart Mountain, Wyoming, with Daniel Rhodes - my Sensi - who introduced me to the joy and tranquility of throwing. The years following fall into four distinct phases: 1944-1950, the Alfred years; 1951-1964, studio potter at Rhode Island and Connecticut, 1965-1989, the academic years; 1990- the luxury to renew and continue the Art of the Potter. -Minnie Negoro, Minnie Negoro: A Retrospective Catalog, the William Benton Museum of Art, the University of Connecticut, 1992