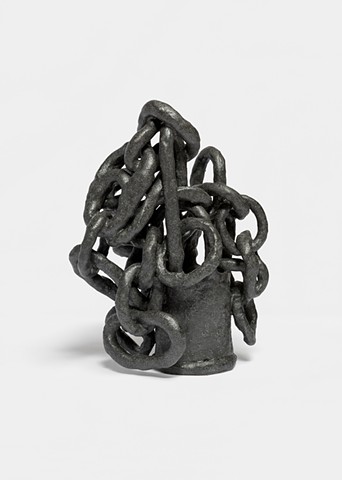 In the Greenwich House Pottery archive there is a poster from Minnie Negoro’s exhibition in 1974 which I started to base forms on. Minnie Negoro and Daniel Rhodes became friends in 1942 when Rhodes ran a pottery shop at Heart Mountain, a relocation camp in Wyoming where Negoro was sent due to her Japanese heritage. Negoro later went on to Alfred for her MFA, teach at GHP, and eventually started the ceramics program at the University of Connecticut. The two remained friends until their deaths. I made works for this topic based on thoughts around how Rhodes influenced Negoro and how Negoro influenced Rhodes.